New Forest Service Chief, Tony Tooke, has his hands full. The West’s wildfire-ravaged National Forests are falling apart, and so it seems is the U.S. Forest Service, which has been battling an identity crisis and morale problems for years.

Mr. Tooke is well qualified for the nearly impossible task he accepted in October. So was the supremely confident Jack Ward Thomas, who took Washington, D.C. by storm in December of 1993.

Jack and I were good friends for many years. He believed to the depths of his soul that he could pull the Forest Service out of its death spiral. I believed he could, too, but we were both wrong. No pun intended, but Vice President, Al Gore, trumped Jack’s every move.

Now it is Mr. Tooke’s turn in the barrel. I wish him well. In the hope that this New Year essay lands on his desk, I’m including a series of bar graphs that illustrate the crisis he has inherited.

The graphs, which we assembled from Forest Service data, quantify annual gross growth, mortality, net growth and removals in National Forests in Idaho, Montana and Washington east of the Cascade Range. It’s an ugly scene. Mortality now exceeds gross growth in central and eastern Washington, and will soon surpass gross growth in Idaho and Montana.

Colorado has already fallen into a black hole and California is not far behind. We haven’t run numbers for Oregon yet, but I have no doubt the situation in central and eastern Oregon is no different than it is in Washington state. Arizona and New Mexico have also fallen off a cliff, and from what I’ve seen in Wyoming, it’s more of the same.

Good luck, Mr. Tooke. Short of a miracle, you will leave Washington, D.C. in disgust, just as my friend Jack Thomas did in 1996 in pursuit of the safer environs of academia.

Yes, I take it as a good sign that the House of Representatives recently passed its version of the Resilient Federal Forests Act [H.R. 2396] by a vote of 232 to 188. Unfortunately, only 10 Democrats crossed the aisle to join the Republican majority. Not a good sign for what lies ahead in the U.S. Senate. What – if anything – reaches the President Trump’s desk during the current congressional session is anyone’s guess.

Jack and I talked this crisis to death during his post-Forest Service years at the University of Montana. His blunt assessment was that there isn’t enough gold in Fort Knox to cover the cost of restoring natural resiliency on every National Forest acre needing treatment.

Congress clearly has no appetite for inciting a political firestorm among those for whom old growth has great intrinsic value, so the focus is on restoring resiliency in mixed fir and pine forests that stretch from the western edges of the Great Plains to the eastern reaches of the Cascades and the High Sierras. Most of the West.

Most conservationists agree that a well-balanced combination of thinning and prescribed fire could restore natural resiliency – the ability of a well-cared-for forest to fend off outsized insect and disease attacks when they occur. But there is yet no broad-based consensus among the protagonists [those who favor active management and those who favor a more passive, nature-based approach] as to how much thinning and how much fire.

I think this discussion masques the real issue, which is a fear that the Trump Administration will find a way to turn the regulatory clock back to the 1970s, when there were hundreds more sawmills in the West than there are today. Not going to happen – and here is why:

Most of the lumber manufacturers who survived the federal government’s 1990 decision to list the northern spotted owl as a threatened species have driven on, and no longer have much interest in any sort of federal forest management scheme. In fact, several of them now openly oppose any harvest from National Forests because it tends to erode the values of their timberlands and log markets.

The exceptions to this conundrum are the landless, family-owned lumber manufacturers in central and eastern Oregon and Washington, Idaho, Montana, Arizona, New Mexico, South Dakota, Wyoming and Colorado. These companies are eager to provide unsubsidized markets for small diameter thinnings, but they are not willing to make multi-million-dollar investments in necessary small log manufacturing technologies if serial litigants continue to rule federal forest management in the West.

Proof of this unfortunate truth lies in the fact that the Nature Conservancy – arguably the nation’s leading conservation group – has yet to find investors with whom it can partner in the construction and operation of a small-diameter wood processing facility in central Washington, presumably the Wenatchee area. Estimated cost to build: around $100 million. No wonder the Conservancy hired a fundraiser for its Seattle office.

The House version of the Resilient Federal Forests Act takes a stab at attracting investors by exempting up to 90 Forest Service restoration projects annually from judicial review. Disputes involving these projects would be resolved via arbitration, not litigation.

The provision has raised eyebrows among conservationists who fear a return to the pre-spotted owl era when clearcutting was the preferred means of actively managing National Forests. I don’t share their fear, but perception is reality – and the reality is that the House version of the Resilient Federal Forests Act will not survive as is in the Senate.

A conservationist friend shared a summary analysis of H.R. 2396 with me, noting that many of its provisions invite further divisiveness and distrust among conservationists who support collaborative decision-making by diverse stakeholder groups, but don’t trust the Trump Administration or the Forest Service.

This is the world that Tony Tooke has inherited – a world in which conservationists, collaborative leaders and their lumbermen partners agree that, for ecological and economic reasons, the current pace and scale of restoration is much too small. I agree. You cannot wrap your arms around 70-to-80 million at-risk acres 200 to 300 acres at a time.

What to do? As a beginning point, we need to accept at face value the Forest Service’s claim that it lacks sufficient staffing to move faster than it is. We also need to separate firefighting from forest restoration work. Sending thousands of Forest Service employees off to fight fires every summer is ridiculous. Nothing gets done in their long absences. Even worse, the cost of fighting wildfires – more than $2 billion this year – is deducted from the Forest Service’s forest restoration budget.

Title X in H.R. 2396 gives the President the authority to declare major wildfires to be natural disasters, ending the so-called “fire borrowing” mess, but it overlooks the fact that the Forest Service says it is seriously short-handed, so, even with 2396, the prospects for increasing the pace and scale of necessary forest restoration work remain dim.

Good Neighbor Authority, a provision within the 2014 Farm Bill, grants the Forest Service the authority to partner with state forestry agencies to get more on-the-ground work done, but state forestry departments are already stretched thin, so how much additional restoration work can get done west-wide remains to be seen.

H.R. 2396 Titles I through IX attempt to unravel what Jack Thomas called the “crazy quilt” of conflicting rules and regulations assigned to federal resource management agencies with conflicting missions. An unraveling is needed, but how to do it while building trust among conservationists who fear a return to the bad old days?

My sense is that the House simply reached too far in 2396 for the appetites of anxious conservationists that have yet to agree amongst themselves on a pathway forward. My research traces the philosophical underpinnings of the current stalemate back to the Civil War. No one piece of legislation is going to unwind Jack’s crazy quilt. Too much water under the bridge.

The collaborative process – which is working – would never have rounded first base had not been for a few enlightened souls from warring camps who ventured on to the battlefield alone in hopes of finding new pathways forward. Agents of change like lumberman, Duane Vaagen; industry lobbyist, Bob Boeh; conservationist, Mike Petersen; and wilderness advocate, Phil Hough, who took the time to get to know and understand one another’s hopes and needs. Had it not been for them, we’d still be at war with ourselves. We are not, but the apolitical chasm that divides us won’t be bridged on the trajectory of one Hail Mary pass. A more conservative offense is required, with the citizen-led collaboratives doing the downfield blocking and tackling.

Who knows what may happen next. Certainly not me. But this much is certain: The bully pulpit now belongs to Tony Tooke. Here’s hoping he asks the Aforementioned-Four how they did it. I’d guess patience and perseverance – not smoke and mirrors – has had a lot to do with their considerable successes.

Evergreen Magazine commissioned a series of graphs that help to illustrate the task Tony Tooke now finds himself faced with. Western Fire Graphs can be found here.

Jim Petersen is the founder and President of the non-profit Evergreen Foundation. He writes from his home in Dalton Gardens, Idaho 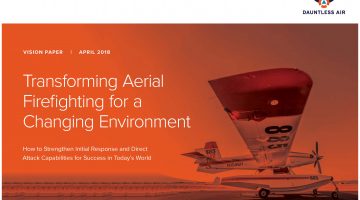