Resolving differences is what collaboration is all about. It's time to move beyond the extremes that have controlled the forest debate since the 1980s and reinvest in the land and in the people who can best care for it.

“Let’s start with the recreation side. There are dozens of groups that recreate in our national forests: hikers, downhill skiers, cross country skiers, hunters, snowshoers, fishers, bicyclists, off road vehicle enthusiasts, river rafters photographers, birders, weekend campers, flower lovers, berry pickers. All of these groups share a common interest in the beauty and tranquility of their forest surroundings. Consider the enormous social and political power that collectively resides in these groups.”

Evergreen: Mr. Bosworth, it’s been nine years since you retired from the Forest Service. In your opinion, how’s your old outfit doing?

Bosworth: Reasonably well, I think, given the enormity of the challenges facing the Forest Service…

Evergreen: What do you see as the biggest challenge?

Bosworth: Fulfilling our social and environmental responsibilities to the land and the people who own it.

Evergreen: The land being the 193 million acres that the Forest Service oversees in 155 national forests and 20 grassland reserves in 44 states, and the people you reference being the 323,189,736 citizens of the United States.

Evergreen: I should add that the Forest Service also oversees 440 wilderness areas spanning 36 million acres, seven research units and 81 experimental forests. There are a lot of moving parts here. How’d you keep track of all of it?

Bosworth: I had a very capable Washington, D.C. staff and some outstanding field folks.

Evergreen: When you were appointed chief in 2001, the Forest Service had 30,000 employees and an annual budget of $4.6 billion. Now the agency has 35,000 employees, including some 500 scientists, and an annual budget of $5.4 billion, of which 52 percent is now spent putting out forest fires. Until we get a handle on the underlying forest-related problems, the firefighting portion of the Forest Service’s annual budget will continue to erode the forest management allocation, meaning less money for restoration work. Meantime, some 90 million acres of the people’s land has been overrun by insects, diseases and wildfire – fires that, by the way, are larger, more frequent and more destructive than at any time in modern history… Not a pretty picture, is it.

Bosworth: No, it isn’t, but I see some reasons to be hopeful.

Bosworth: The transition from the timber era to the restoration and recreation era gained a lot of momentum during my years as Region 1 regional forester, and even more momentum during my years as Forest Service chief. As you know, that transition wasn’t smooth or easy. The old timber sale program was replaced by a new and more holistic view of forests, many communities lost their saw mills and the west’s rural timber counties lost their largest source of revenue.

Evergreen: The proverbial bottom of the barrel.

Bosworth: That’s for sure, but the 90 million acres you referenced a moment ago – those that have serious insect and disease problems – have fostered a sense of urgency that I regard as a very good sign. It seems to be bringing forest stakeholder groups to a middle ground that has taken a long time to find. The collaborative groups that have formed over the last few years are a real blessing for Forest Service folks who do the on-the-ground work. It’s exciting.

Evergreen: It is exciting, but the pace and scale of the collaborative projects we’ve visited is very small when compared to the enormity of the problem we’re facing. Moreover, it can take years to put a single project together, and then it might have to run the appeal gauntlet before anything happens.

Bosworth: All true, but the mere fact that so many diverse groups are now sitting around the same tables, volunteering their time and talking about solutions to problems is a sea change, and from what I can see, it has really energized the Forest Service.

Evergreen: We’ve yet to interview a single individual who does not believe these all volunteer collaborative groups deserve some protection from groups that choose to litigate rather than collaborate. What’s your take on this?

Bosworth: Collaboration is the only direction we can take. And it can take a long time to build trust among groups that spent years fighting, but once trust is in place, it is a very powerful force for good. People sometimes mistake collaboration for a process. It is in some sense, but I think it is more evolutionary in the sense that it brings people together who share common goals.

Evergreen: That’s a nice way of putting it, but how do we keep this evolutionary process going? Most of the collaborators we’ve met are in their 50s or 60s and some in their 70s. How to we attract new blood?

Bosworth: Good question. I think Congress and the Forest Service need to provide some incentives.

Bosworth: We hear these volunteer groups talking all the time about wanting to do bigger projects. Let ‘em. 10,000 acres, 15,000 acres, whatever makes sense on the land. And let them use Categorical Exclusions, and declare that the work they do in concert with the Forest Service is legally sufficient.

Evergreen: That would be a powerful incentive for sure. Why spend time collaborating on a 2,000 acre project when a group could probably do a 15,000 acres project in about the same time?

Bosworth: There is no practical reason not to allow for larger projects. Collaboration is the embodiment of the transition from the time when there was great emphasis on timber production to this new era, with its greater emphasis on restoration and recreation. New incentives would speed the transition and make the Forest Service’s job much easier than it has been.

Evergreen: Many share your opinion. Tell us more about how you see it on the recreation and restoration fronts.

Bosworth: Let’s start with the recreation side. There are dozens of groups that recreate in our national forests: hikers, downhill skiers, cross country skiers, hunters, snowshoer’s, fishers, bicyclists, off road vehicle enthusiasts, river rafters photographers, birders, weekend campers, flower lovers, berry pickers. All of these groups share a common interest in the beauty and tranquility of their forest surroundings. Consider the enormous social political power that collectively resides in these groups.

Evergreen: It’s huge, but these stakeholders groups are so diverse that they sometimes squabble amongst themselves.

Bosworth: Resolving differences is what collaboration is all about. If lumbermen and conservationists can bury the hatchet, so can other groups with disagreements.

Evergreen: It is amazing, isn’t.

Bosworth: It is, but you must remember that in my early years in the Forest Service, the agency was seen as the voice of conservation. Times change. Societal values change. What we are witnessing is coming together that is reminiscent of what happened after World War II. The whole country got behind the effort to get the national forests opened up. Until then, the Forest Service had been largely a custodial outfit. Then the timber era unfolded. Now we have moved into a new era where year-round recreation and forest restoration are center stage.

Evergreen: What do you see on the forest restoration front?

Bosworth: We have to reduce stand density to a point where we can safely return fire to its natural role in ecosystems in the Northern Region. Excluding fire is the principal reason our forests have grown so dense. We’ve moved way beyond the carrying capacity of the land. Thinning and prescribed fire are the only tools we have for addressing this problem.

Evergreen: By the carrying capacity of the ability of the soil and its nutrients to sustain vegetation.

Bosworth: Yes, and what pushed us over the edge is prolonged drought – our changing climate. In the 1980s, we began to immerge from a relatively moist 50-year period into a dryer period that is more representative of our longer term Intermountain climate cycles.

Evergreen: We’re fascinated by the fact that, amid the climate change debate, there has been so little discussion of the carbon loading associated with big wildfires.

Bosworth: Me too. Those who advocate for forestry are missing the boat in their failure to talk about how thinning can reduce the carbon load associated with big fires.

Evergreen: So we need to reduce forest density – the number of trees per acre – to the point where forests can handle wildfires that don’t quickly turn into stand-replacing, carbon heavy conflagrations.

Bosworth: That would be my take based on my years in the woods.

Evergreen: We’ve seen some very attractive examples of the kind of thinning work you describe. It’s all mechanical harvesting work done by loggers with years of experience. Drive by a year or two later and the result looks like a park.

Bosworth: There are lots of examples for the public to consider.

Evergreen: You said a few moments ago that you weren’t sure there is a good understanding of the role collaborative groups are playing in the restoration work we’re discussing. Why is this?

Bosworth: There are still a lot of wild and inaccessible places in Region 1. Stakeholder groups perceive that the stakes are very high, and they surely are, which is why we must not lose sight of our social and environmental responsibilities to future generations. We need to move beyond the extremes that have controlled the forest debate since the 1980s. We need to reinvest in the land and in the people who can best care for it. 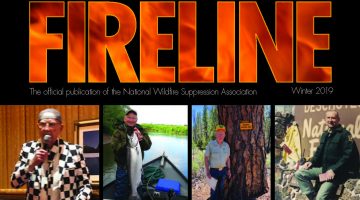