“I am extremely frustrated. I am vice-chair of the Senate Finance Committee in Idaho and sit on the Transportation and Education committees. I know what’s happening in our small towns. Places like Priest River and St. Maries, Cascade and Kamiah. These are sawmill towns surrounded by federal forests that are fire traps. Everyone knows it, yet no one seems to know how to move faster. We have to move faster. Time is running out, not just economically but also environmentally. And, we could easily lose the skills and knowledge of our logging workforce as the next generation of logging families decides whether to stay in the business or look for other financially viable professions.”

Editor’s Note: Shawn Keough is the Executive Director of the Associated Logging Contractors of Idaho, a 500-member organization based in Coeur d’Alene. She has held the post since 2000. She is also an Idaho State Senator, Legislative District 1, and is midway through her tenth two-year term representing voters in Bonner and Boundary counties – Idaho’s two northernmost counties. Ms. Keough is the vice-chairman of the Senate Finance Committee and the senior member of the Senate Transportation Committee.

ALCI was founded in 1966. It provides a wide range of services for its 400 logging contractors and 100 associate members including safety and first aid training, workers compensation, business, health and personal lines insurance, assistance with Occupational Safety and Health Administration regulations and government affairs representation at the state and federal level through contracted firms.

In this interview, Ms. Keough discusses member differences of opinion concerning the value and effectiveness of forest collaboration – differences that keep the ALCI from taking an official position for or against collaboration, though the association does support the work of individual members who are involved in collaboratives.

Keough: I think that’s about right. My recollection is that we met in Sandpoint before I went to work for Associated Logging Contractors. I think we were just getting started with the North Idaho Timberfest, or maybe it had something to do with Idaho Women in Timber.

Evergreen: Much has changed in the logging industry in Idaho over the last 15 or 20 years. Many sawmills are gone, other companies have merged and you’ve just weathered the worst recession in the nation’s history. How is your association doing?

Keough: We’re doing pretty well compared to where we were five years ago. The homebuilding industry is our bellwether, just as it is for our lumber manufacturers, so as you might imagine, times were tough for a few years.

Evergreen: The Idaho Forest Group, with its five sawmills, is now by far the largest lumber manufacturer in Idaho. We suppose this means most of your members are IFG contractors. True?

Keough: That’s partly true, and in many parts of the country, such dependence on one lumber manufacturer would be pretty scary, but IFG is a family-owned company, which will hopefully keep them connected to our local people. There are also other mills and large private forestland owners that contract with our members, so we’re good.

Evergreen: The federal government owns something like 70 percent of all timberland in Idaho, yet we’re told that your contractors work mainly on private and state lands.

Keough: That’s true. The harvest from Idaho’s national forests is only a small fraction of what it once was, yet we are seeing unprecedented tree mortality in our forests. There are many reasons, but the presence of insect and disease infestations, including root rot, has created a wildfire risk problem that is unprecedented in modern history.

Evergreen: We are hearing close versions of the same story from conservationists we are interviewing for our series on forest collaboration. We’ve yet to talk with a conservationist who isn’t very supportive of local loggers and lumber manufacturers.

Keough: Most of us have come a long way in terms of how we perceive one another. In Idaho, a lot of the credit goes to the Idaho Forest Group and several logging contractors in towns like Priest River, Bonners Ferry, and Orofino, who reached out to conservationists several years ago.

Evergreen: The groups are at different stages in their development, but they seem to be functioning pretty well, especially the Idaho Panhandle group.

Keough: I would agree, but I’m impatient. The process is much too slow for people who have day jobs, and that would certainly include our 407 logger members.

Evergreen: Has your association taken an official position in support of or opposition to forest collaboration?

Evergreen: Why don’t they trust it?

Keough: Because Congress has not seen fit to protect the hard work collaborators are doing from serial litigators. Until this occurs, and until work on the ground can happen in quicker time frames, I don’t see how anyone can trust the process.

Evergreen: But you would agree that collaborative groups are doing good work, albeit at a pace that is too slow for your tastes.

Keough: I would. One of the most successful collaboratives in the whole nation – the Kootenai Valley Resource Initiative – is at Bonners Ferry, Idaho, in my state legislative district. It is one of only three such projects in Idaho, and maybe 20 or 25 in the whole country.

Evergreen: Apart from its slowness, do you see anything wrong with forest collaboratives?

Keough: It appears to be working where the Forest Service is committed to it, and I emphasize committed because it isn’t always the case. Mary Farnsworth, the Idaho Panhandle National Forest Supervisor, is clearly committed, but not every forest supervisor in the Northern Region seems to share her enthusiasm.

Evergreen: Back to the slow pace for a moment. Is it a matter or efficiency or scale?

Keough: If by scale you mean project size, then, yes, the scale is too small. But the slow pace of progress makes it very difficult for our members to participate in collaboratives. These are men who get up at 3 in the morning and don’t often get home before dark. And when they do get home, they typically get their equipment ready for the next day or spend time with their families. There just isn’t time for them to be involved in collaboratives. Remember that some of these groups have been meeting for years.

Keough: I’m not sure there is one where greater participation in forest collaboratives is concerned, but recognize that collaboration is just one of many authorities Congress has given the Forest Service in the hope that it would or could get more work done faster. We can ask ourselves all day long why this isn’t happening, but the fact is that the Forest Service is still mired in analysis paralysis. Most of its management budget is eaten up by a planning process that never seems to end.

Evergreen: Several we’ve interviewed say the agency needs more funding so it can hire and train more NEPA teams to do the work necessary to increase harvest levels.

Keough: I’ve heard the same thing, and if that’s true, then let’s hire more NEPA teams. You can be sure they cost far less than what we are losing in our dead and dying forests. Look at the cost of fighting fires and what it’s doing to the Forest Service’s budget. The Federal Emergency Management Agency handles floods, hurricanes and tornados. Why not forest fires?

Keough: I am extremely frustrated. I am vice chair of the Senate Finance Committee in Idaho and sit on the Transportation and Education committees. I know what’s happening in our small towns. Places like Priest River and St. Maries, Cascade and Kamiah. These are sawmill towns surrounded by federal forests that are fire traps. Everyone knows it, yet no one seems to know how to move faster. We have to move faster. Time is running out, not just economically but also environmentally. And, we could easily lose the skills and knowledge of our logging workforce as the next generation of logging families decides whether to stay in the business or look for other financially viable professions.”

Evergreen: We hear the same frustration in the voices of many conservationists.

Keough: There isn’t a logger in our entire association that doesn’t care about forests in many of the same ways that conservationists care about them. We hunt, we fish, we boat, we hike, we camp, we pick berries, we do all of the things that conservationists do. So if forest collaboration is the answer, let’s get serious about getting more work done faster on the ground.

Evergreen: As a 20-year State Senator you must have some appreciation for how difficult it has been for Congress to find its own bi-partisan solution.

Keough: I do, but I also know that all of the barriers to solutions were erected by Congress.

Evergreen: Including the serial litigation problem you mentioned earlier.

Keough: Especially the serial litigation problem. Due process is constitutionally guaranteed by the Fifth and Fourteenth Amendments, but I can’t imagine that the Founding Fathers envisioned the Due Process clauses being used as an excuse to allow the West’s national forests to die and burn. If Congress fails to firmly address misuse of the Equal Access to Justice Act, you can forget about collaboration. The rural West will burn to the ground – just as the Forest Service’s fire models predict – because there isn’t enough fire-fighting equipment on earth to stop it.

Keough: Management by litigation has to be stopped. One idea that might work is some form of arbitration that forces disparate parties to present their best solutions to an arbitration judge who will make the final decision. Do this and give citizen collaborators the tools they need to help the Forest Service deliver the goods and services that our country wants from its national forests. 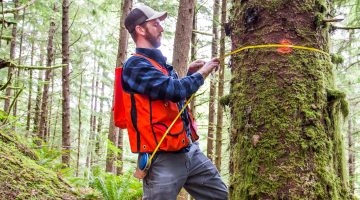