Why Are Our Forests Burning?

Of all the human events that have altered the character of western forests, including a century of timber harvesting and livestock grazing, none has had a greater impact than the federal policy making process itself. Two seemingly unrelated congressional decisions combined to alter the character of western forests more than any other single event. First, Congress’ 1911 decision to put the Forest Service in the forest firefighting business—a decision made in the aftermath of the Great 1910 Fire. And earlier, its 1851 decision to force Indians off their land and onto reservations—a decision that removed so-called “native fire” from the western landscape.

The ecological impacts of the two decisions were first observed in eastern Washington in the early 1950s. Minus frequent ground fires, set by Indians or lightning, fire-resistant (thick-barked) ponderosa pine, a species that thrives in sunlight, was being pushed aside by white fir, a shade tolerant species that because of its thin bark was easily killed by fire. Once open forest canopies were closing, and the big pines—said to have been spaced so far apart the pioneers could drive their wagons between them—were dying. Range grass was once so tall that it brushed the bellies of their teams.

Today, in some western forests, more than a thousand firs can be counted on single acres where once only a dozen or so big ponderosas stood. And now the fir is dying too, killed off by its own prolific growth. Minus adequate moisture, sunlight and soil nutrients, millions of acres are succumbing to insect and disease infestations. In some places, sunlight has not reached the forest floor for 50 years. Here, woody debris accumulations, often knee-deep, fuel some of the largest, more destructive forest fires in recent western history.

Throughout the West, so called “intermix” fires pose the greatest threat to humans. Intermix fires draw their name from a trend as dangerous as the fires themselves: the construction of new homes in at risk forests from Colorado to California and Arizona to Montana. In 1994—a bad fire year in the West—some 75 percent of the federal fire suppression effort was tied up protecting homes and communities within what fire fighters call the “wildland-urban interface.”

In recent years, fires on the outskirts of Spokane, Washington; Bend and Medford, Oregon; Flagstaff, Arizona; Reno, Nevada; and Missoula, Montana have prompted frantic calls from homeowners demanding that the government “do something.”

But the U.S. Forest Service is not the agency it once was. Long years of experience with fire and its aftermath have given way to self-doubt. Indeed, the agency seems to have become a microcosm of the larger debate, with some employees arguing that fire should be allowed to resume its natural role while others say they would rather thin ailing forests than deal with the after effects of catastrophic fire. It is no wonder the public does not know who or what to believe. But this much is true: the low-intensity fires that frequented the West before white settlement began have given way to raging infernos that bear no resemblance to fires set by Indians or lightning. Does saving these forests mean we must first allow them to burn to the ground? 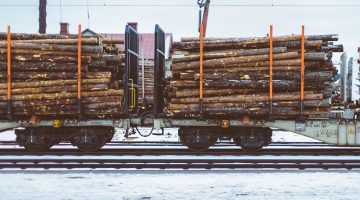