Our colleague, Michael Rains expresses his dismay at the Trump Administration’s decision to shutter nine Job Corps Civilian Conservation Centers (JCCCC) and transfer the remaining 16 to the US Department of Labor. Rains, a Forest Service retiree, calls the decision “incredibly short-sighted, ineffective and stupid.” We agree. For decades, the Forest Service administered program worked with youngsters whose troubled lives were making it difficult for them to find work or complete their educations. The JCCCC shakeup is expected to cause about 1,000 Forest Service employees to lose their jobs at a time when the beleaguered agency is already short handed. This is a marquee program the Forest Service can ill-afford to lose. Read the full text of Michael Rains’ letter below.

On May 24, 2019, the Secretary of the Department of Agriculture sent a letter to the Department of Labor [DOL] transferring the Job Corps Civilian Conservation Centers [JCCCC’s] from the United States Forest Service to the DOL. As part of this action, nine [9] of the twenty-five [25] Centers will be closed [see Appendix A.1, page 3]. The DOL concludes that 16 of the 25 centers will be replaced by new contract operators. It is estimated that up to 1,000 Forest Service professional positions will belost.

Beyond any doubt, this decision is incredibly short-sighted, ineffective and stupid; yes, I did say stupid. Clearly, we must do all we can to stop this. The program — helping at-risk youth become productive citizens — has been one of the true success stories of our time. I am at a loss for words to adequately express what a shame it would be if this lunacy would prevail. It is more than a shift, as some would have you believe. The Department of Labor will never be able to match the achievement and influence that the United States Forest Service has been able to achieve with this program. Currently, the Forest Service operates 25 JCCCC’s with 4,300 students, on 23 National Forests, across 17states.

In his letter to the DOL Secretary, USDA Secretary Purdue suggests this will help the Forest Service better prioritize its “core natural resource mission to improve the condition and resilience of our nation’s forests, and step away from activities and programs that are not essential to that core mission.”

With all the respect I can muster, this is absurd.

The core mission of the Forest Service is to care for the land and serve people. The agency has a direct and indirect role in the management, protection and wise use of about 80 percent of America’s forests – about 885 million acres. The fundamental principle of this is striving to keep forests healthy, sustainable and more resilient to disturbances – such as wildfires. The Forest Service Job Corp program and its students help advance this mission. Some recent example information showing the incredible impact of the students:

We have a land conservation crisis underway in America. Our forests are in desperate need of management. Wildfires are destroying everything in their wake in part because America’s forest are not resilient to withstand disturbances. Accordingly, landscapes, communities, and individuals have no chance against this force. The horrific damages due to wildfires over the last decade especially, are a testament to this. There is no doubt that aggressive forest management helps ensure effective fire management and the Forest Service Job Corps Civilian Conservation Centers and their students are an important component to this management campaign.

I am bias, to be sure. In 2016, retired from the Forest Service after almost 50 years of public service, beginning my career as a wildland firefighter, moving through the ranks to eventually become a Deputy Chief. While I never had a specific assignment in “Job Corps”, my experiences intercepted with the program and its students so very often. As one agency employee so succinctly stated my feelings and that of many others, “…we’re really fortunate on the [Coleville] National Forest to have a Job Corps [Center] so close by. They are just an incredible asset.”

Yes, they are an incredible asset that has proven to be successful at so many levels for so many people for a very long time. Moving the Forest Service Job Corps program to the Department of Labor, in spite of the rhetoric to the contrary, will destroy this incredible asset, in my view. They [DOL] do not know or care about a land conservation legacy; trust me on this. The legacy built by the Forest Service Job Corps students will be methodically lost.

I urge you to do any and all you can to halt this poorly defined alignment. The Forest Service Job Corps program is important to America. We cannot let it become a footnote of another example of transformation gone bad.

Please see the following Weblinks for more information: a recent article in Politico, information from Wildfire Today,what some Forest Service employees are saying about Job Corps, and the DOL News Release.

The Speaker of the House of Representatives

Previous post 193 Million Acres: Toward a Healthier and More Resilient US Forest Service -- A New Book! 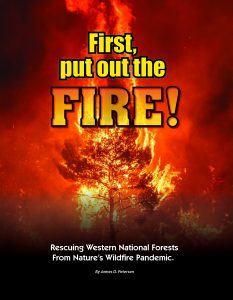 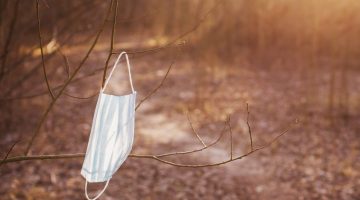