More than half the nation's federal forest estate – some 100 million acres – is either dying, dead or has already burned. About 73 million acres have burned over the last 10 years – most of it in western national forests. 9.6 million acres this year.
Jim Petersen - JANUARY 08, 2021
7 MINUTE READ

Where on Earth is Our Passion? Where is Our Sense of Urgency?

Am I the only guy in this country whose fed up with what’s happening? Where the hell is our outrage? We should be screaming bloody murder.

We’ve got a gang of clueless bozos steering our ship of state right over a cliff, we’ve got corporate gangsters stealing us blind, and we can’t even clean up after a hurricane much less build a hybrid car.

But instead of getting mad, everyone sits around and nods their heads when the politicians say, “Stay the course.” Stay the course? You’ve got to be kidding. This is America, not the Titanic. I’ll give you a sound bite: Throw the bums out!

Lee Iacocca, Where Have All the Leaders Gone? Chapter 1, Had Enough? 2007 ©Lee Iacocca and Associates, Inc., Simon and Schuster

Say this for the late Lee Iacocca. You never had to wonder what he was thinking. He told you in plainspoken words that literally jumped from the pages of his two best known books: Where Have All the Leaders Gone and Iacocca: An Autobiography.

Several who’ve read First, Put Out the Fire! have said the same thing about my writing. I concede that I have become increasingly blunt about the wildfire pandemic facing western states. Where on earth is our passion? Where is our sense of urgency?! 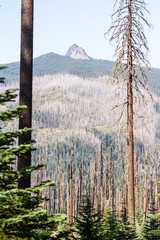 “Caring for the land and serving people”

Frankly, I don’t know. I can’t find it save for rural communities whose economies were destroyed by the collapse of the federal timber sale program 30 years ago. So to Mr. Iacocca’s searing question, “Where is our outrage?

Brought low by its capitulation to environmental zealots who oppose removing even dying and dead trees from our national forests, the U.S. Forest Service has forsaken its deep forestry roots in favor of fighting a war against wildfire that it cannot win. Yet the agency still claims that its directive is “Caring for the land and serving people.”

Quoting Mr. Iacocca, “You’ve got to be kidding.”

Yes, there are still people in the Forest Service who care deeply about the agency’s time-honored mission, but their hands are tied by a regulatory mish-mash that has become a feeding ground for serial litigators.

More than half the nation’s federal forest estate – some 100 million acres – is either dying, dead or has already burned. About 73 million acres have burned over the last 10 years – most of it in western national forests. 9.6 million acres this year – and some 695,000 acres are still on fire in California. The Bond Fire in eastern Orange County made the front page of the Wall Street Journal on Friday, December 4. Predictably, Pacific Gas and Electric pulled the plug on thousands of homes for fear their transmission lines will start new fires. Driven by Santa Ana winds, Bond has consumed 11 square miles of brush. Amid COVID “stay-at-home” orders, thousands have fled their homes.

Again, where is our outrage?

Does anyone know how many acres of spotted owl habitat have been incinerated over the last decade? How many watersheds have been lost? How many billion tons of carcinogenic wildfire smoke have clogged the air we breathe? I don’t. But I do know that our wildfire pandemic will not subside until a bipartisan Congress and new Forest Service leadership get serious about their directive. 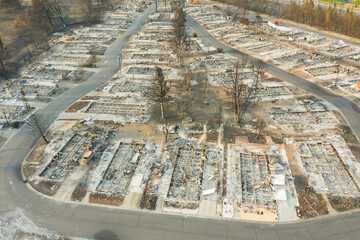 Where is the political will?

The incoming Biden administration is up to its eyeballs in position papers. Robert Bonnie is leading the U.S. Department of Agriculture transition team. We know him through our work with the Idaho Forest Restoration Partnership. He was the Undersecretary of Agriculture for Natural Resources during President Obama’s second term, responsible for day-to-day Forest Service and Natural Resources Conservation Service activities.

The West’s wildfire pandemic grew more deadly during the Obama years, but Mr. Bonnie clearly knows why and what needs to be done to reduce the risk, frequency and destructive power of these fires. We know this because we’ve heard him speak twice and we also know that he has been discussing our worsening crisis with Forest Service leadership and several retirees who know this situation inside and out.

Not surprisingly, Biden operatives are couching our wildfire pandemic in terms of climate change. Fine with us. If we’re going to “fix” the climate, we need to first stuff the bad wildfire genie back in her bottle – a worthy goal that can only be reached if we tackle the long overdue thinning and stand tending work in national forests that hold far too many trees for the natural carrying capacity of the land.

I know I sound like a broken record, but we have the time-tested science, technology and skill sets required to do this. What has been missing through several presidential administrations is the political will to move forward at a pace and scale that matches the enormity of our crisis.

Mr. Bonnie is already under intense pressure from the anti-forestry crowd. Their drumbeat began in November after the Forest Service rolled out its revised National Environmental Policy Act [NEPA] revisions. Long under consideration, these belated rule changes authorize modest increases in pace and scale of national forest restoration work. Several experts we know worked on the revisions for many months.

The subsequent weeping and wailing from “conservationist groups” has been non-stop. Neither they nor their lawyers would recognize the truth if it bit them in the ass. Their singular goal is to raise money because with money comes power – access to members of Congress who either don’t know the truth or don’t care. Maybe we need to start naming these devastating wildfires after members of Congress that refuse to support forest restoration pace and scale.

Mr. Bonnie is well liked by several Washington insiders we know well. That’s good enough for us. But we still wonder what will become of the revised NEPA regulations after President Biden moves into the White House. Will they be tossed in the garbage or expanded as part of the new administration’s climate change agenda? No one knows. But what is known is that Mr. Bonnie is studying a triage approach based on new data sets developed by the Forest Service’s Rocky Mountain Research Station. 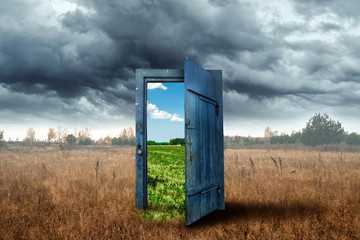 FIA  - Data at our fingertips

We have seen some of this data. The maps are an ongoing project. For the first time in memory, USFS Forest Inventory and Analysis [FIA] data has been reconfigured in a way that adds up to an actual plan for systematic and timely attack on our sickest national forests first: California, Colorado, eastern Oregon and Washington, Idaho and western Montana, Arizona and New Mexico.

We’ve been using FIA data sets to sound the alarm since the early 1990s – two Republican and two Democrat administrations. Only recently have we seen the needle move hopefully in the right direction. We wish Mr. Bonnie great success. Maybe we’ll see him at Ag again after inauguration day.

If you’re interested in learning more, here are some resources:

Blessedly, everyone is on the same page for the first time in decades. There is a light at the end of this very long tunnel – and it isn’t the locomotive. We have a long way to go and a short time to get there. Time to saddle up and ride.

GET OUT OF JAIL FREE?

The Newspaper Ad I Want to See