1. What are the limits on projects? Type, size, funds, etc.

There are no type, size or funding limits for TFPA projects. However a TFPA project proposal follow certain criteria.

a. The TFPA project must be proposed by a federally recognized tribe.

b. The work proposed must be on US Forest Service (“USFS”) or Bureau of Land Management (“BLM”) administered land that is forested or have a grass, brush, or other vegetative cover. Burned-over land capable of regenerating vegetative cover also qualifies.

c. The USFS or BLM land must be adjacent to Indian land held in trust (either on behalf of a tribe or individual allottee) or restricted status ; AND pose a risk to Indian land in the form of a fire, insect infestation, disease, and/or other threat to the Indian trust land, resources, values, or community; or is in need of land restoration.

A variety of funding sources can be used consistent with the criteria for those funds. TFPA does not restrict the type of funds.

2. What kinds of projects can be considered TFPA projects?

See above. Any project proposed by a federally recognized tribe to do work on USFS or BLM land that poses a threat to tribal land, resources, values or communities or addresses land in need of restoration.

3. Are federally recognized tribes required to have trust lands within the national forests to be eligible, or is historical territory also eligible?

No. TFPA projects involve the USFS or BLM land adjacent to Indian land held in trust (either on behalf of a tribe or individual allottee) or restricted status. See the Healthy Restoration Act and other authorities to conduct landscape level work on historical territories.

4. Can non-federally recognized tribes partner with the Forest Service to do a TFPA project?

A federally recognized tribe will need to be the proponent of a TFPA proposal, but other than within the guidelines of the legislation, partnerships are encouraged. There are other authorities that the non-recognized tribe may be able to use.

5. Are there ways that larger stakeholder groups (including non-tribes) can support the efforts of specific tribal proposals for TFPA projects?

As long as a federally recognized tribe proposes the TFPA proposal and other parameters of the act are followed, stakeholder groups can be partners for a TFPA project.

6. Regarding the 120 day response time, is it “may respond” or “must respond?

The act provides that USFS or BLM has discretion to respond, but there are USFS guidelines and Executive Orders that require the Regional Forester to respond in a timely manner.

7. Can TFPA projects include time and resources for training?

Yes. The Los Burros TFPA project is a prime example of this.

8. Who in the USFS “approves” the proposal – Regional Forester?

9. Does the USFS have to hire tribes for TFPA projects?

The Tribal Forest Protection Act is not a jobs bill. Its intent is to reduce the risks to tribal lands, resources, and communities from threats on adjacent federal land. That said, tribes may provide the best value for completing a TFPA project. The TFPA lists those factors that should be considered in awarding a contract.

10. What ranking for a forest official would you recommend as the USFS contact person?

11. In USFS areas where NEPA has been done for another project/plan, would that NEPA also work for a TFPA Fuels Project or would it require new NEPA due to a new scope of work?

Possibly, it will depend on the Project and the NEPA already completed and its coverage of related resources and potential effects.

Technically they would be two separate TFPA projects, because of the two separate Forests involved. However, they can be considered together for planning and implementation in order to make the project more efficient.

13. Our tribe’s trust parcels are surrounded by National Park Service and USFWS lands. Does TFPA only apply to USFS and BLM lands?

Yes, TFPA only applies to USFS and BLM administered lands.

14. What is considered an acceptable distance between USFS lands and trust parcels if they are not “adjacent?”

There are varying conditions but the most consistent with the intent of TFPA is that adjacency is dependent on the threat coming from USFS administered lands and the type and extent of the risk to tribal lands, resources and communities. Will the threat posed be able to extend to tribal lands? If yes, than the land will likely be considered adjacency. For example, fire can jump over many acres. Disease can flow downstream over many miles. Other threats, such as insects can also travel great distances.

15. If the project affects both USFS and BLM, for example, can the tribe work under one document? Or does the USFS have to have its own?

This has not been tested. Theoretically a tribe can use one document. However, since the USFS and BLM have different procedures and protocols it may be beneficial to use separate documents. Likewise, a tribe may want to consider utilizing Indian Self-Determination Act (PL 93-638) to conduct work on BLM lands (this authority is not available to the USFS).

16. Is there any appropriated funding that the Forest Service can use for TFPA projects?

17. What are the funding opportunities for tribes using TFPA?

Since there are no specific allocations of money set aside specifically for TFPA Projects, there are no legislated limits to how much can be allocated from a variety of appropriate sources to fund a TFPA project. The TFPA legislation allows for creativity in funding projects. Appropriated funds can be used. Grants and donations can also contribute. One TFPA project relied on volunteer efforts.

18. Is the funding available for not only timber management, but ecological restoration? (e.g., meadows, mechanical thinning for managing vegetative composition and heterogeneity)

TFPA does not have any specific funding allocated to the legislation, but timber management funds and ecological restoration projects can both be used to fund TFPA projects if they meet the criteria for these appropriated funds.

19. If we hire tribes to work on TFPA projects, who pays the tribe/how does the money get to the tribal members who worked on the project(s)?

There are various ways to have the tribe undertake the work. However this will usually be determined through a contract or agreement directly with the tribal government.

20. Are TFPA projects solely paid for by the agency, or can it be funded by multiple agencies?

21. Can we use TFPA to purchase trees from the tribes for reforestation projects?

Yes, if the TFPA proposal meets the criteria in the legislation.

22. Who would cover the costs of completing NEPA?

The agency is responsible for NEPA and uses appropriated funds for projects. However, partners, including the tribe can provide information and funds from a variety of sources. It is important to get TFPA project NEPA prioritized in the Forest’s schedule of work so NEPA compliance isn’t delayed.

Next post The Confederated Tribes of the Colville Reservation 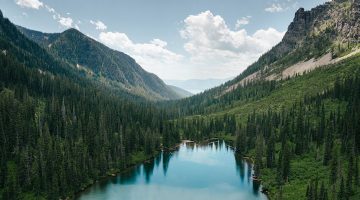