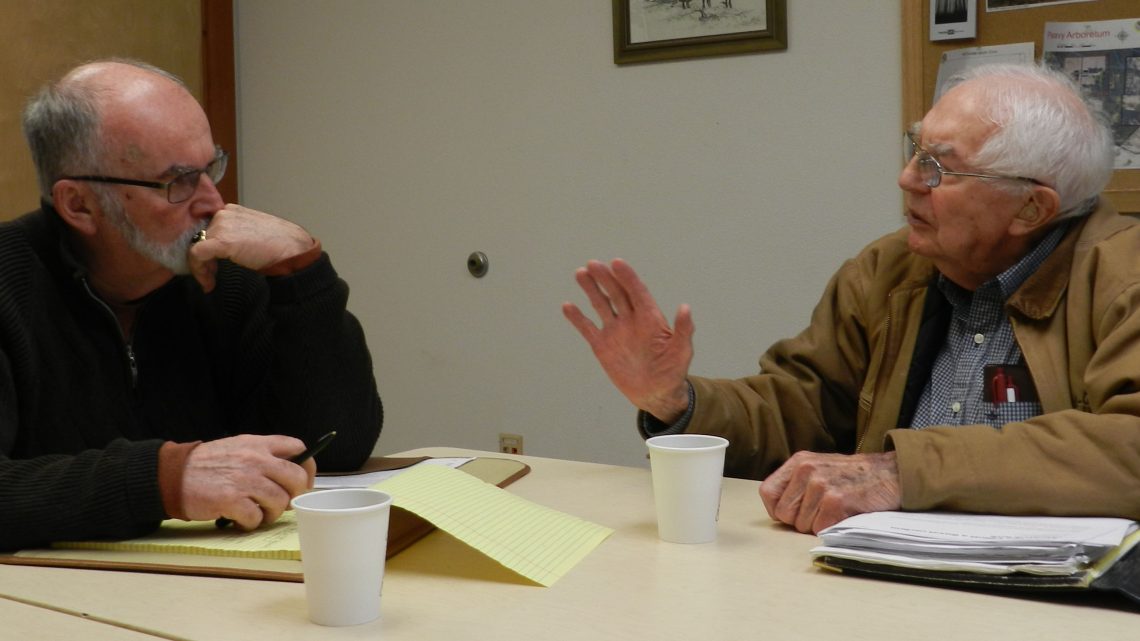 Forestry lost another giant in July – and I lost a great friend.

Wayne Giesy’s contributions to the noble cause of forestry are unfathomable.

His July 28 passing leaves a hole in forestry’s soul that will be difficult to fill.

How so many wonderfully human qualities could be jammed into such a small frame is its own mystery. He wasn’t much more than five-feet six-inches tall, but he was one of the biggest men I ever knew. Big in heart, big in generosity, big in character, big in humor, big in determination, with a vice-like handshake and twinkling eyes that told you he was pleased to meet you. 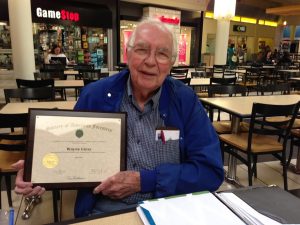 Too big, apparently, for Oregon lumbermen who repeatedly shunned his suggestions for untying the Gordian knot that holds the state’s national forests in an unsolvable Rubik’s Cube of environmental regulation assembled under the aegis of the 1994 Northwest Forest Plan.

The so-called “Giesy Plan” first surfaced in the 1980s. Wayne preferred to call it the “Oregon Plan,” but it became so closely tied to him that it became the Giesy Plan. Had it been adopted, it would have zoned federal forest lands for their highest and best use: riparian, reserve and commodity production.

Wayne’s goal was to create employment, business opportunity and tax revenue for rural communities that were economically devastated by the litigation-driven collapse of the federal timber sale program. Science-based modeling would have been used to flush out highest and best uses including old growth habitats for recreation and dependent species. First on the Siuslaw National Forest in southwest Oregon and – if it worked – presumably every national forest in the West.

I have no idea whether the Giesy Plan could have withstood inevitable court challenge, but I do know that Jack Ward Thomas took up the zoning cause during his tenure as Forest Service Chief. He saw it as a problem-solving tool forest planners could use. So did Wayne.

But most Oregon lumbermen saw the Giesy Plan as a problem, not a solution. Some even accused Wayne of “giving away the store.” Others laughed. Then the owl was listed, a sea change engulfed Oregon’s political landscape and the laughing stopped. I suspect they’d all rejoice if Wayne’s plan could somehow be implemented now. Maybe it will. It’s gone through several adjustments in hopes it can be implemented on the much-debated Elliott State Forest, which borders the Siuslaw in Coos and Douglas counties.

Whatever happens, I suspect my friend, Bob Zybach, will be in the thick of it. Wayne and the late Ralph Hull were the guiding lights in Bob’s life after he shuttered his reforestation business to pursue a forestry education at Oregon State University. Ralph paid for most of Bob’s PhD in Environmental Science and provided start-up funding for Oregon Websites and Watersheds, http://www.orww.org/, a spectacular Internet-based forestry education program that Bob and Wayne co-founded in 1997 that targets students.

I featured Bob on the cover of Evergreen Magazine in March 1994. There he is in all his master’s thesis glory: pony tail, wire-rimmed glasses and a cold stare best described by Chief Dan George in The Outlaw Josey Wales, a Clint Eastwood classic from 1976: “Get ready little lady. Hell is coming to breakfast.”

The entire living room-kitchen area in the small house Bob was renting in downtown Corvallis was stacked high with boxes of research material he had gathered for his critique of the Clinton Administration’s plan for managing the region’s national forests. Forest History and FEMAT Assumptions: A Critical Review of President Clinton’s 1993 Northwest Forest Plan, took the government’s Forest Ecosystem Management Assessment Team apart at the seams.

The crux of Bob’s critique was that there was next to nothing in FEMAT’s detailed description of the region’s federal forests that matched historic or ecological records. In the course of our three-hour interview, I asked Bob how he managed to dig up so much information that government scientists had been unable to find.

Hell had come to breakfast and Hell was absolutely correct about the easy availability of thousands of early scientific descriptions of Pacific Northwest forests. In our “Zybach” edition, we featured several such reports, plus early Osborne photographs taken in Washington and Oregon between 1929 and 1935. I have a set of 360-degree Osborne’s my friend Mike McMurray dug out of a dumpster behind a Forest Service ranger station in Bend, Oregon. The cynic in me thinks the Forest Service was trying to help government scientists prove their case by destroying evidence to the contrary.

Despite Wayne’s passing – and probably because of it – Hell will continue to come to breakfast every morning and those of us who were his friends and admirers will continue to champion his unfinished work. It is the least we can do to honor his memory and his warm friendship. Rest in peace, Wayne.

Previous post A Call To Action: We Must Demand Protection For Our Greatest Resource

Maybe They Should Shoot Smokey, Too 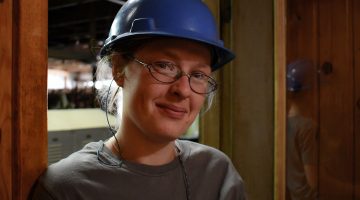