Wesley Moss Rickard is remembered for his contributions to forestry

Another forestry giant is gone.

Wesley Moss Rickard, who is widely believed to be the intellectual force behind modern-day industrial forestry, died May 11, 2016 at his home in Edgewood, Washington. He was 84.

That it has taken me more than a year to finish this short remembrance attests to life’s often unpredictable twists and turns.

I knew Wes for 15 years – not nearly long enough considering the friendship we developed. We met over burgers and beers at The Tides, a waterfront watering hole in downtown Gig Harbor, Washington. Neither of us could remember what year it was, but most likely 2002.

Ann Forest Burns, the only lawyer I’ve ever known who was prepared to go to jail with her logger clients, encouraged Wes and I to get our heads together. I guess she thought good things would come of it. And they certainly have. More on that in a moment.

Wes had his old friend, Jim O’Donnell, in tow the day we met at The Tides. I was acquainted with Jim from his years as executive vice president of the now long-gone Western Pine Association. Jim had been in the running for the executive director’s post at the newly formed Northwest Forestry Association, but he lost out to Jim Geisinger, another very capable guy.

What I did not know on the day Wes, Jim and I met in Gig Harbor was that Wes was the first forest economist Weyerhaeuser ever hired, or that he had headed a small team that essentially invented high yield forestry. I have the transcript from a delightful October 1986 conversation that reveals much about high yield’s early beginnings. The storytellers are Wes, George Staebler, who was then Weyerhaeuser’s Director of Forestry Research, and Bill Lawrence, the company’s Director of Environmental Science.

Countless times in the years to come, Wes and I revisited the story of his Weyerhaeuser years. The raspy-voiced Royce Cornelius, a Weyerhaeuser institution for 41 years, hired Wes sight unseen to fill an inventory forester’s job in July of 1959. He was fresh out of Michigan State, where he had just earned a Master’s Degree in Forest Economics.

Ever restless, Wes left the company the following July for what looked to be a better job with the U.S. Forest Service’s Pacific Northwest Range and Experiment Station in Portland. But the pace was too slow for Wes, though he always had high praise for Carl Newport, who was named PNW’s chief economist in 1959, the same year Cornelius hired Wes.

I have no doubt that Carl’s influence had much to do with Wes’ decision to return to Weyerhaeuser in 1962. Once again, the call came from Cornelius, only this time Weyerhaeuser was not looking to add to its cadre of inventory foresters. It needed someone to head up its newly formed Forest Economics Working Group, and that someone would be Wes.

The “who and how” of Wes’ return to Weyerhaeuser isn’t known. Wes always figured that the legendary Ed Heacox, who was Weyerhaeuser’s chief forester for many years, must have had something to do with his rehiring. Perhaps so. Heacox and Carl Newport were good friends, and it is possible that Heacox asked him for a recommendation, and Newport recommended Wes based on some very complex growth and yield research Wes had completed during his brief PNW tour.

At any rate, not long after Wes returned to Weyerhaeuser, word came that George Weyerhaeuser Sr. wanted the Timberlands Division, which Heacox then headed, to prepare a new plan for managing the company’s vast and varied forests. Weyerhaeuser, who was only 36 at the time, had been promoted to Executive Vice President for Wood Products and Timberlands a year earlier,

“Wes,” the youthful Weyerhaeuser would tell his newly-minted forest economist, “I want you to pretend like everything we’ve ever done on our land was wrong. Now tell us how to do it right.”

“Such a momentous question; were you stunned,” I once asked Wes.

“No,” he replied in carefully chosen words that were his stock-in-trade. “Not so much stunned as surprised that I was part of the group that would answer George’s question. I felt blessed.”

Wes spent most of his life feeling blessed about one thing or the other: his enormous success in the world of big time forestry consultants, his children and grandchildren, his faith in a life hereafter, and the fact that he had survived a bloody year in Korea’s killing fields. Marine Sgt. Wesley Rickard was assigned to a front-line radio unit in the summer of 1952.

Wes and his colleagues named their fledgling research project “Target Forestry,” a tip of the hat to regulated forestry concepts first implemented by European foresters in the nineteenth century. But the notion that Weyerhaeuser should build on their earlier work in soils and Tree Farm genetics was revolutionary in 1962. The prevailing catechism was that the company needed to meter out its enormous old growth reserve in a way that matched mill capacity and market conditions.

Wes and his colleagues spent two years feeding IBM punch cards into a main frame computer in Tacoma before concluding that the prevailing view – a 120-year rotation age – was inefficient and unprofitable.  Sixty years was closer to the truth. You just had to understand your soil, develop a rock-solid genetics program and fertilize and thin your trees when and where the internal rate of return justified it.

In hindsight, all of this makes perfect sense, but in 1964, “Target Forestry” nearly caused an insurrection among the troops. Only after heated debate did Weyerhaeuser’s Board of Directors finally approve the idea. But then the task of selling the program at the regional level fell to Wes and his team. Eventually they convinced the company’s regional managers to give it a shot. The rest is history.

Much to Wes’ consternation, the “Target Forestry” moniker, which he credited to Ed Heacox, did not pass muster with the whiz kids in Weyerhaeuser’s public relations shop. They renamed it “High Yield Forestry.” Why is its’ own mystery.

If you are old enough to remember the early days of Monday Night Football, you may recall that Weyerhaeuser produced a series of well-done television commercials that explained the many benefits of High Yield Forestry, including its positive impact of deer and elk habitat. The plaid shirted enthusiast who did a good deal of the on-camera narration was the affable Bill Lawrence, who always looked a lot more like a logger than the PhD wildlife biologist that he was.

Wes left Weyerhaeuser in 1968, not because of any unhappiness, but because he had long wanted to hang out his own shingle. But the rumor that he had been disgruntled persisted for years, fueled by a letter he wrote to the Board of Directors when he resigned. In it, he cautioned against making serious investments in fertilization without first clearly understanding the cost-benefit ratio. His fear was that the company’s foresters would embrace fertilizers without first developing systems for documenting how they added or subtracted from target forestry’s underlying philosophy and its unique principles.

“No,” Wes assured Lawrence and Staebler in a tape-recorded d 1986 conversation orchestrated by company historians. He wasn’t upset about anything or anyone at Weyerhaeuser. He simply wanted to go it alone in his own consulting business.

No one should have been surprised by Wes’ independent streak. He sailed his own ship for most of his 84 years. So far as I know, he never wavered from his very principled and disciplined approach to his professional and personal life. He was honest to a fault, and, as Weyerhaeuser’s Board of Directors learned from reading his resignation letter, he documented everything seven ways from Sunday.

It seems an understatement to say that Wes had a distinguished career in forestry. He became one of the nation’s most sought-after expert witnesses in a dazzling string of courtroom dramas that won billions of dollars for his timber-landowning clients, many of them Indian tribes that found it necessary to sue the federal government for mismanaging their forests.

It is my recollection that Wes lost but two cases in 48 years. His friend, Don Badgley, who practiced law in Seattle for 57 years, once told me Wes was the best courtroom witness he ever subpoenaed.

Wes and I entertained the idea of writing a “Forestry for Dummies” book based on a rhetorical question he asked me whenever I quizzed him about forestry’s great possibilities. “What do you want from your forest,” he’d say. “Once we know that, we can proceed.”

And then he’d add a wisdom that most today refuse to accept. “We can’t save the trees,” he’s say in a voice that sounded like it had just risen from the Basement of Time. “But we must save the soil because, without good soil, we can’t grow anything.” In the timber growing game, Wes was just as comfortable starting with bare soil as he was old-growth Douglas-fir.

Early in this remembrance, I said there was a bit more to this story. Ann Forest Burns went on to become Vice President of the American Forest Resource Council in Portland. We’ve been friends for many years, but I don’t know if I ever told her how grateful I am that she encouraged me to make the trip to Gig Harbor to meet Wes. Some 10 years later, I married his oldest daughter, Julia, and he became my father-in-law. Ann and her husband, Bruce, attended our wedding, and Wes’ memorial service at the Pacific Bonsai Museum on the Weyerhaeuser Campus in Federal Way. And now, Julia and I run the Evergreen Foundation together, 31 years after I founded it.

In the years that followed my chance encounter with Julia, Wes and I spent hundreds of hours talking shop. It’s fair to say that we greatly admired one another’s talents. I still think about that “Forestry for Dummies” book we talked about writing. Maybe Julia and I will co-author it. Wes would like that.

What Do You Want From Your Forest?

NOW IS THE TIME TO ASK…WHAT DO WE WANT FROM OUR FORESTS? 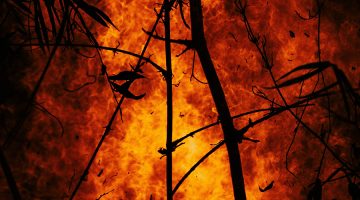